28/1000 sec. from pole position! This is how close it can get when the best junior drivers in the world compete to qualify for the feature race in FIA F3. At the Red Bull Ring in Austria this weekend, Vesti drew the shortest straw and had to watch his pole time beaten in the very last minute of qualifying.

A start as 2nd in the main race is ok, but I really would have enjoyed taking my second pole in a row this year - and for the second year in a row on the track too. 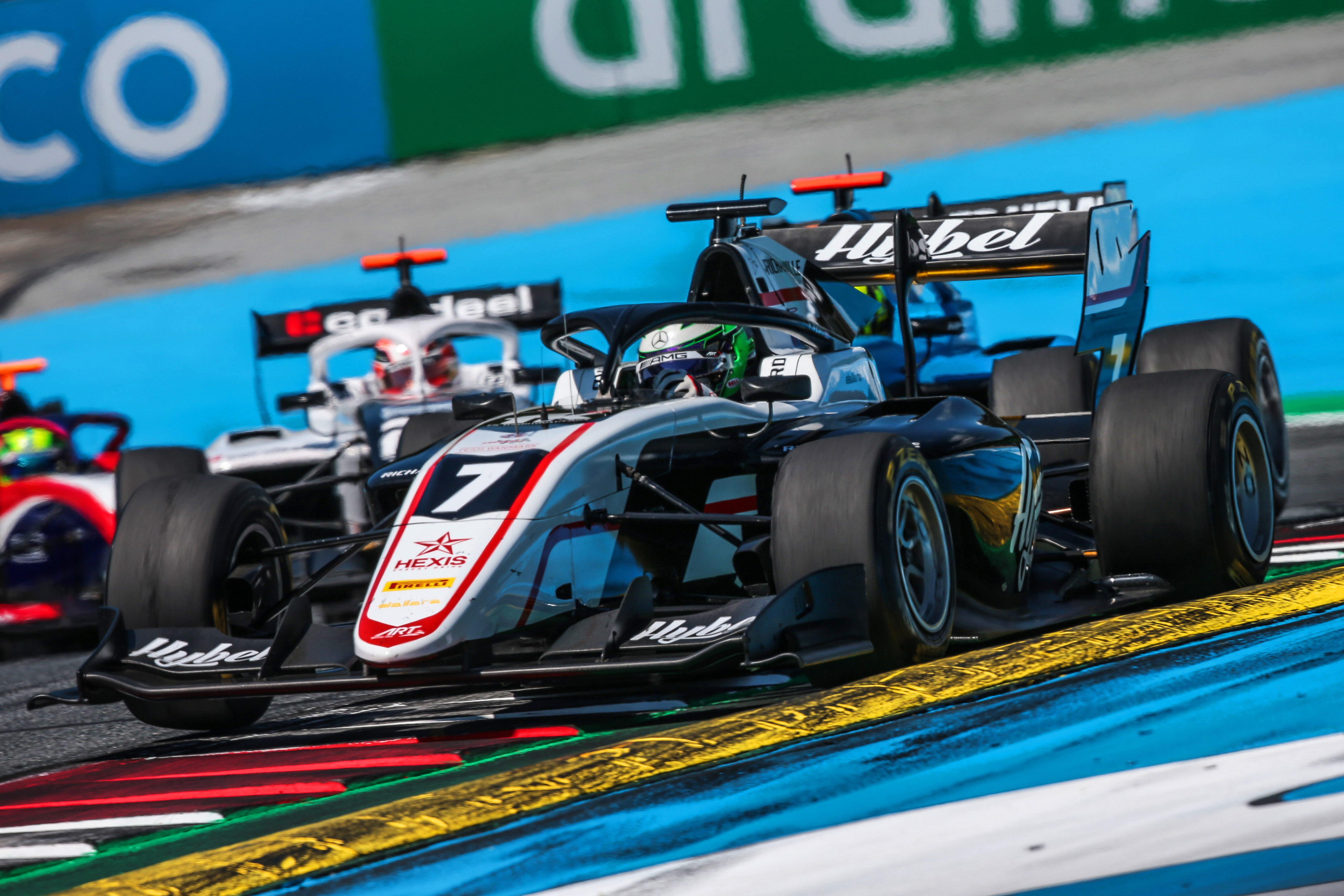 Qualifying 2nd meant a start as P11 in Saturday’s first race. A race that developed into what seemed like a horror movie! Vesti stalled the engine on the grid. Meanwhile, he could see himself overtaken by the rest of the field. That left him with only one serious opportunity, to reach the top 12, which significantly improves one's starting position in race 2.

It became quite a mission. I was totally frustrated to say the least and put as diplomatically as I possible can. With a good qualifying, I was dead set on making the most of it and just had a super good feeling with my car. I managed to get from P30 to P7, gaining the last important positions due to penalties given to several of my competitors. Clearly the best race of the season on my part! In hindsight despite the immediate disappointment of the weekend's first race, race 1 suddenly turned out to be the "warm-up" for race 2. The many overtakings, intensity, sharp alertness and close duels were still very much alive in my system as I got ready for Saturday's second race.

"Taking no prisoners" in race 2 really sums up the tough battles taking place everywhere on the tarmac and especially up front among the leaders.

It was a race where I could have lost my front wing several times. It was ridiculously close. We raced within a few tenths of a second of each other almost the entire race. A crash in front of me was very close to taking me out of the game, but this time "lady luck" was on my side. I managed to make it to the podium in P2. There was no chance of ever "stealing" David Schumacher's victory as he was quickly "half way to the moon" shortly after the red lights turned off but it was an indescribable feeling after my poor start in race 1 to suddenly find myself standing on the podium. In two races I had come from being P30 and ending up P2.

If race 1 was considered warm-up for race 2, then the main race was truly the result of mission completed. Vesti was flying and won ahead of the Norwegian leader in the championship, Dennis Hauger. In just one weekend, Vesti added 41 points to his "bank account", and has now moved up in 2nd place in the overall standings.

It was about time that I scored some serious points in the Championship. Today, everything simply worked out for me. I'm so happy! In my very close infights with Hauger, where failure was no option, you suddenly realize why you have the best job in the whole wide world! I never doubted my victory for one second as presumptuous as that may sound. It is hard for outsiders to believe this when we are almost wheel to wheel. But that's what it feels like when man, team and machine fuse together as one. ART provided me with an outstanding car this weekend! And here is to you Rob (Wilson) - everything you taught me I implemented to my full advantage this weekend! You were with me on every single lap in front of Hauger, in a race that more than anything bore close resemblance to qualifying!

I was so fortunate this weekend and so pleased to be able to share my victory with my main sponsor "Hybel" and owner Michael Mortensen who was present with his family. It makes this victory even more special to me. Again, I extend a most heartfelt thank you to everyone who makes my dream stay alive. A victory is great, but trust and faith is even greater”.

The next round in F3 for Vesti will be taking place in Budapest end of July.