Vesti drowned in rain at Spa

Rain!! That was the agenda on most drivers' absolute favorite track this past weekend - Belgian Spa. F1 had to be cancelled to huge disappointment for more than 75,000 fans from around the world. Vesti's F3 races were fortunately completed, but just barely. One of the races had to be postponed to await changes in the weather. In two out of the total three races decisions were made to do rolling starts due to excessive rain on the circuit and hence considered unsafe to make a standing start. The drivers were greatly challenged - and for several beyond their limits - on a track with minimal visibility. Fortunately, no major accidents occurred despite various drivers running off the track now and then. Vesti escaped all incidents. But the results however did not correspond with a clear feeling of being in full control and great satisfaction with one's own driving out there. Vesti brought home a 4th place and two 6th places. Qualifying was again quite decisive for the outcome of the feature race on Sunday. And it did not go according to plan for Vesti. 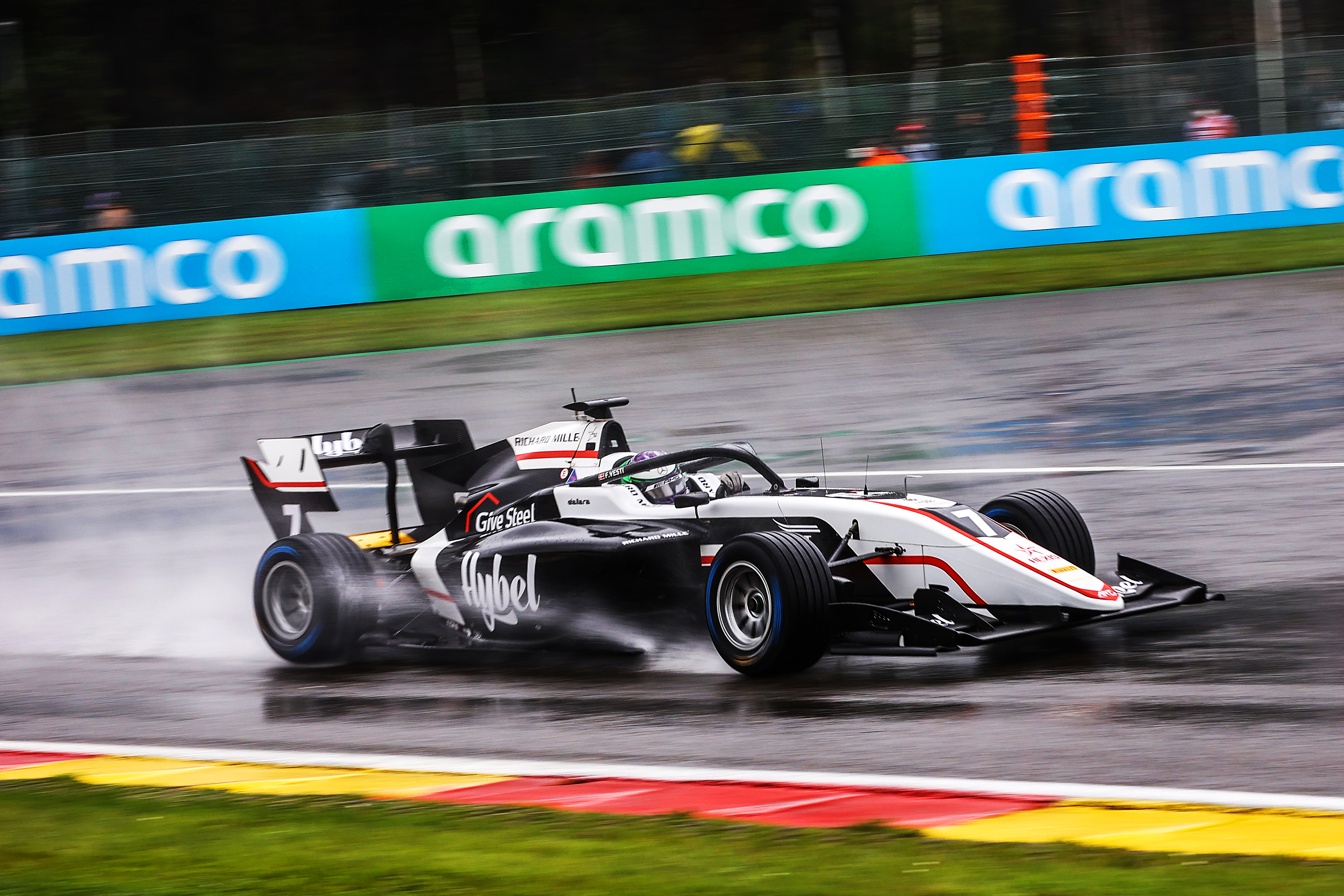 I was quite challenged in qualifying. It turned into a 7th best time. We came out at different times on the track during a period when the rain really picked up and this in return made the track slower. The one who set the pole - Australian Jack Doohan - was lucky to get out before the rain really kicked in. He bet everything on this one quick lap from the start. Tremendous  respect for the fact that he succeeded in his endeavor. My own teammate, Alex Smolyar, succeeded with finding the driest racing lines in the turns where I drove wide to find the grip. I have learned from that and will put that knowledge to use next time driving at Spa in heavy rain.

It became quite characteristic for the weekend that not many positions got changed around during the races. The drivers simply couldn't see anything on the first many laps. Vesti got the best out of what he had to work with. Unfortunately Vesti did not benefit from the reverse start line-up between race 1 and 2 as he was too far ahead in race 1. Jack Doohan on the other hand - the weekend's big winner - profited with an extra pole position as he finished exactly in 12th place in the first race, triggering the coveted starting position in race 2.

Without a strong qualifying, it will be difficult to score the big points on a weekend like Spa. But it is definitely a weekend I can build on anticipating next weekend and meeting the new challenges and having become a better racing driver.

With lots of consistency, a strong start and probably the most challenging duel on the track in race 1 - which Vesti came out of victorious  -  and at the same time being the overall fastest man in race 1, there are lots of positives to take away from racing at Spa this weekend.

This weekend's results moves Vesti up to 3rd place in the overall championship now with 101 points. Vesti has already checked into the Netherlands to be ready for next weekend, when the F3 field moves to Zandvoort outside of Amsterdam. Again a superb qualifying will be absolutely crucial to be positioned at the very front on the starting grid for the main race due to very limited overtaking opportunities.