With a perfect qualifying, the bar was set for the first race weekend in F3 for Vesti at Austrian Red Bull Ring. Vesti did indeed manage to follow up the timing with a first race in superb style.

I will probably never forget that pole position! We got the red flag several times due to incidents on the track, and we all pitted and then waited in scorching heat for qualifying to resume and with a tarmac temperature of around 50 degrees. It is obvious that your adrenaline starts pumping when time starts to run out and you don't know if you get the chance at all. I got too far off the track on an otherwise super fast lap time and which I therefore got deprived of but I just knew there was even more left in my car. On the last lap before the time expired, I simply had no doubt that I was on pole. It's something you just feel when EVERYTHING plays out perfectly but hearing it from my engineer just made me SO happy. Absolutely indescribably happy!

Starting from Pole on Saturday, there was full control in a race that was more than wet. So wet that it was red flagged and over on the 14th lap after the safety car had been deployed twice plus a virtual safety car due to many exits from Vesti's competitors. Vesti was in full control from start to finish. 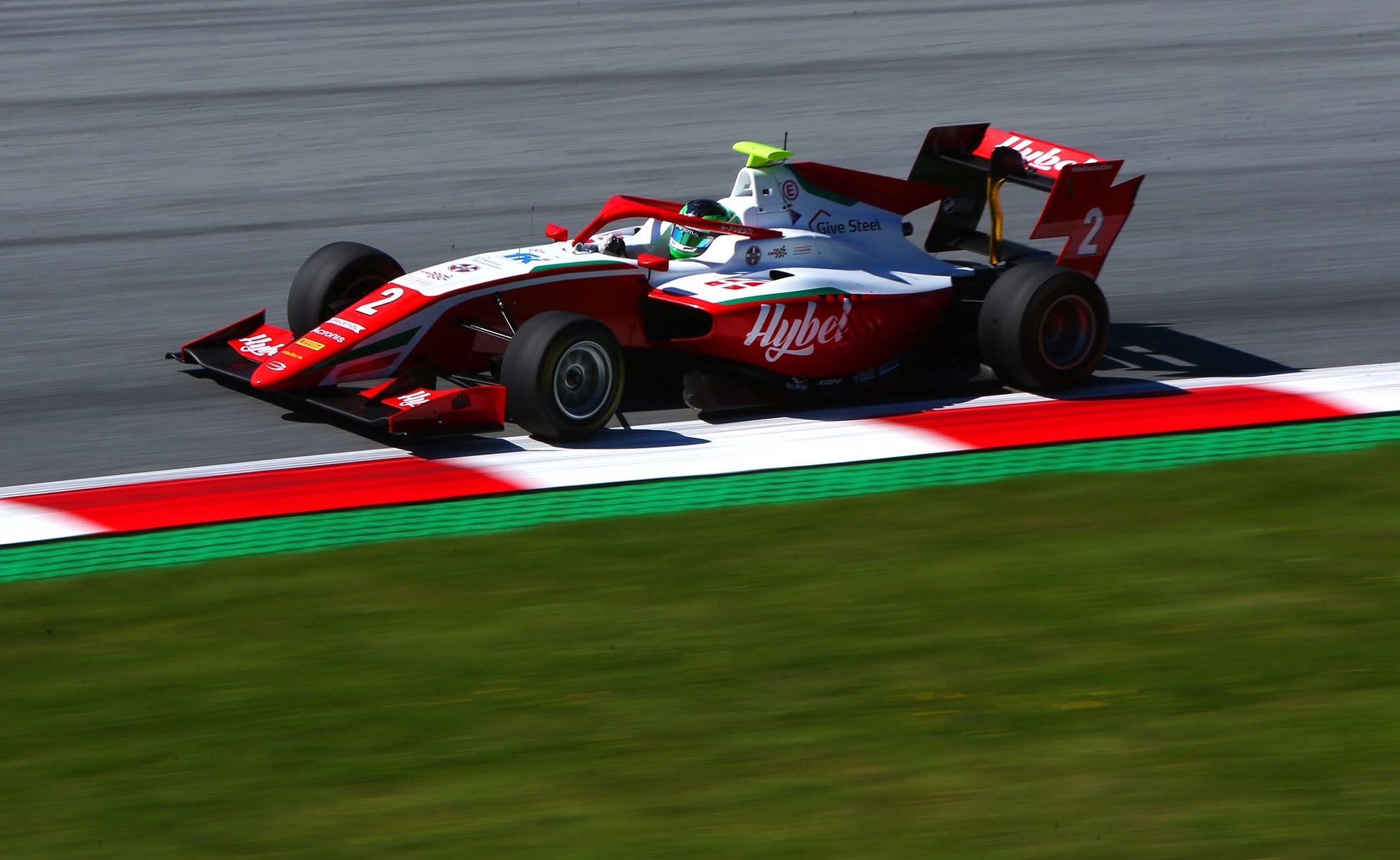 I loved that race! A lot of fighting on the first lap with 21-year-old Zendeli, former German F4 champion, whom I have driven a lot against, really got me all fired up. I focused on my lines and knew my braking points on the track. Then it was up to him to find out if he could match this. He did not succeed. Racing at its best and I could "relax" most of the time. It is obvious that when a race is slowed down by a safety car then all your senses become sharpened, but every time the race was resumed, I put my competitors further and further behind me. My first victory in F3 ever. The greatest feeling of all!

A race win in race 1 is usually accredited with 25 wonderful points. However, Vesti had to settle with half that amount of points due to the the race ending prematurely. Had there been just 2 more laps, Vesti would have received full points. In race 2, the points are far fewer for a victory. Still, Vesti was the loser in terms of points this weekend. 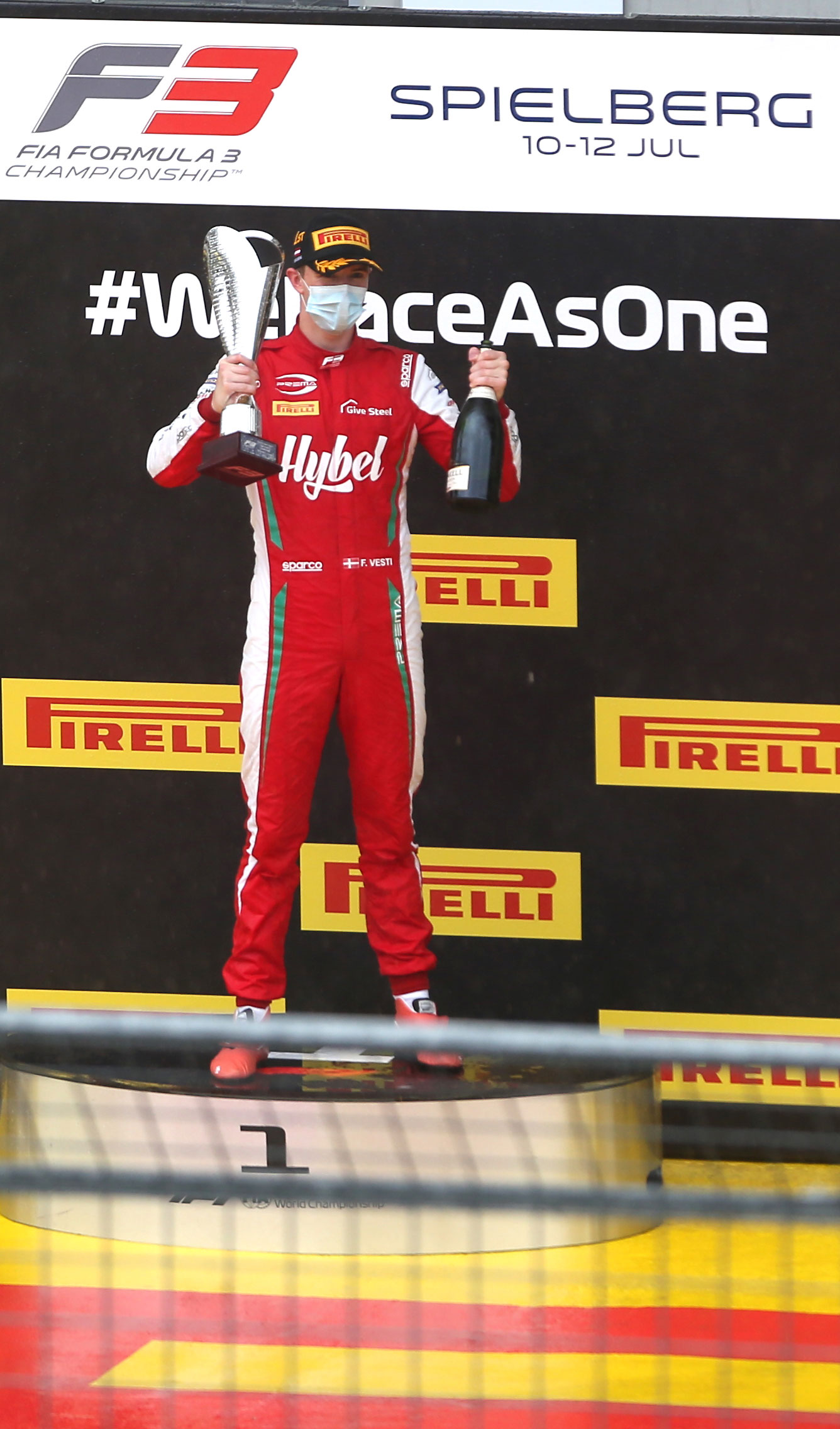 Obviously I'm tired of it. It's the first of the two races where you qualify based on how good you are and this is where you can gain a lot of points. Now I suddenly experience that my competitors in race 2 who didn't do a particularly good job and who now start up front because of reversing the grid for the top 10 drivers in race 1, can pick up more points than me in the main race. Name of the game and rules are rules. But what a bummer, says Vesti with a smile on his face. 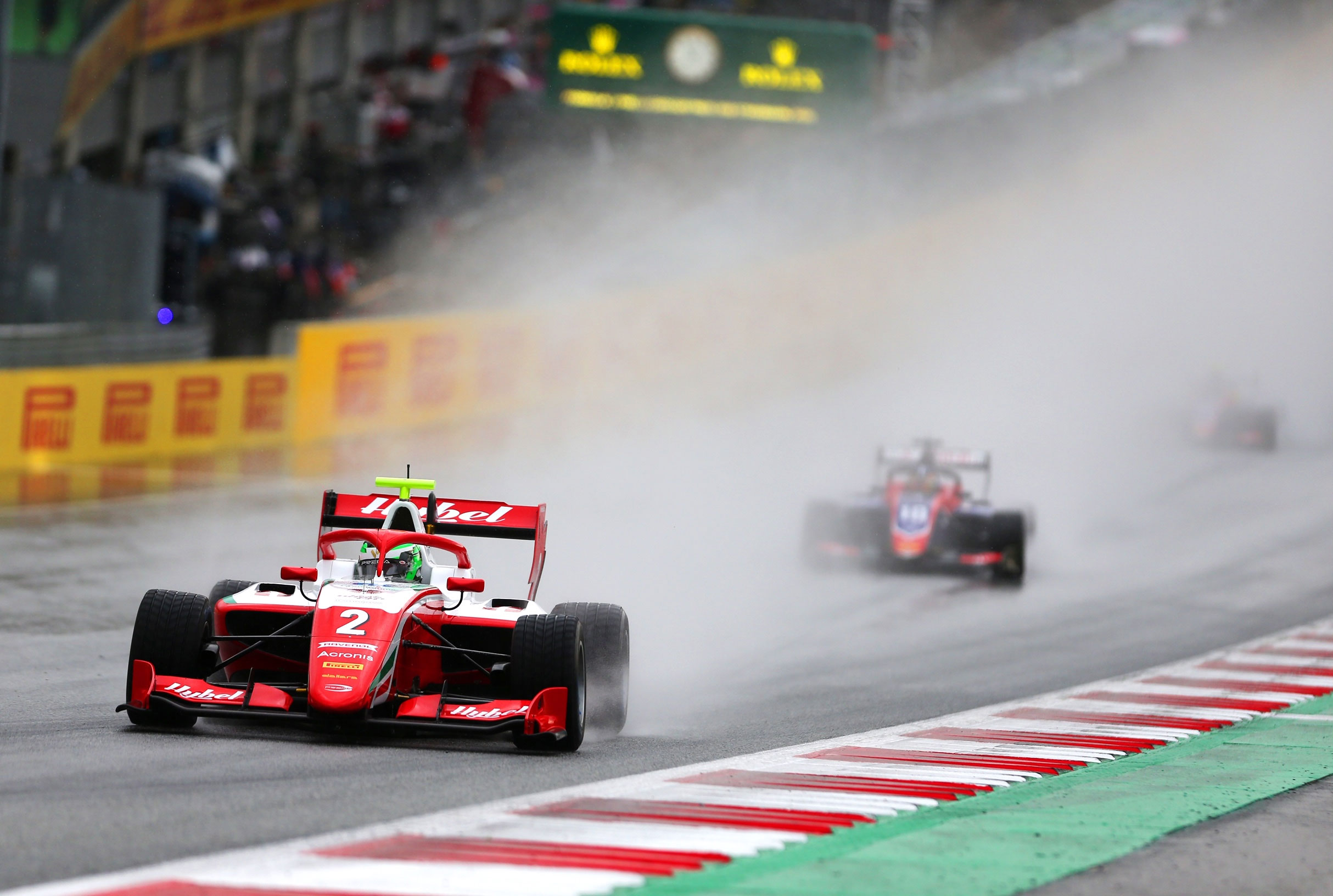 In race 2, Vesti started P10 and finished in 8th place.

I felt a bit of checkmate between two drivers. No matter what I did, I would get caught. If I tried aggressively, I would risk being pushed off the track by the driver in front of me, and then being overtaken from behind. It did not work out today, as I had hoped. But I tried my best.

Vesti can now move on to Hungaroring, where the 3rd round of F3 is settled. This time with Vesti as 2nd in the overall Championship.