”A defining moment”. Frederik Vesti's test in Abu Dhabi on Tuesday turned into one of those experiences where life before and after will never be quite the same. In the so-called "Young Driver Test" at the Yas Marina Circuit, Vesti was the only driver with no experience among top F1 drivers and a bunch of Vesti's competitors in F2.

A total of 124 laps were completed in Lewis Hamilton's car. Next to Vesti in the garage, George Russell shared his car with Hamilton.

Vesti came directly from a finish in the F2 Championship on Sunday. Usually, the following Tuesday after a race is spent resting and recovering, because the body is utterly fatigued and your head mentally drained. However resting and recovering from the weekend's races in F2 was not an option let alone a consideration for just a split second. A Tuesday like no other in Vesti's life was about to begin!

You forget fatigue when you face the day of your life! I will never be able to describe how strong and intense this experience was. EVERYTHING was big, even getting into the racing suit and entering the garage. All of my life, I have dreamed of and tried to envision this day  - my first lap in an F1 car! But suddenly standing in the middle of it all any naive childhood dream left me. I still struggle to get my head around it - a dream materializing into reality. Mercedes have been fantastic in preparing me. I was ready, but with a lot of tension in my body.

At no point did Vesti come out on a performance lap to set a fast time. The test program for Mercedes was fully focused on the so-called long runs, where primarily data had to be collected on the Pirelli tires that will be used for the 2023 season.

Although it wasn't about clocking a fast lap for Vesti, it was nevertheless a satisfied driver who finished within just over 0.4 second of Lewis Hamilton.

Gwen Lagrue ( Driver Development Advisor ) called Vesti's test day "better than expected". Vesti was consistent and avoided making the mistakes that young and untested drivers usually make along the way, when both body and brain starts to suffer. Vesti can fully attest to the latter!

My head was almost bursting with information and impressions! Everything has to be converted and absorbed into the body at the same time when one's reaction time is greatly reduced due to the violence and forces pounding your body when you have to go through the fast turns at 260 km/h. Braking with less than 100 meters to go before your next turn and driving with more than 300 km/h is completely insane. Everything about that car is over the top and too crazy. The F1 car's incredible braking performance and the violent G forces is an experience that will stay with me for life," smiles Frederik Vesti.

Vesti ended up driving the equivalent of more than two Grands Prix in a Formula 1 car. With the sufficient 40 points on the account gained from the junior categories in recent years, Vesti now has enough points to get a so-called Super License, which gives access to being permitted to drive F1 if an opportunity arises.

But for Vesti, it is still but one step at a time: to build up and develop oneself optimally. With the just-announced switch to the award-winning Prema Powerteam, Vesti sees his Formula 1 test as something that will clearly benefit his Formula 2 season next year, where the goal is to move all the way to the top.

My Formula 1 test provided me with invaluable knowledge and a real life hands on experience on every single lap! I have no doubt this will all prove to be highly beneficial for me in Formula 2 next year.

THANK YOU to Mercedes AMG F1 for the craziest day and for all your hard work and many hours spent with me. THANKS for you trusting me NOT to go out and wreck your car ;-)) THANKS to Lewis and George for making me feel so welcome. THANK YOU to all of you who helped prepare everything for me for this test: my cool helmet from JMD and racing suit and cool gear from Greg and Puma. THANKS to my coach John Noonan for physically setting me up to the task. And finally a big thank you to my sponsors and partners for coming all the way to Abu Dhabi to share this day with me. It was unforgettable!

I so wish that my main sponsor Michael Mortensen who suddenly passed away earlier this year, could have been here and shared this historic day with me!

It is such a great feeling to have sensed the intense activity all around me during the test. I am the luckiest man in the world. The only flipside to this is that you dream of more", laughs Vesti, who for the next few days is seated behind the wheel of his Formula 2 racer with Prema - also at the Yas Marina Circuit. 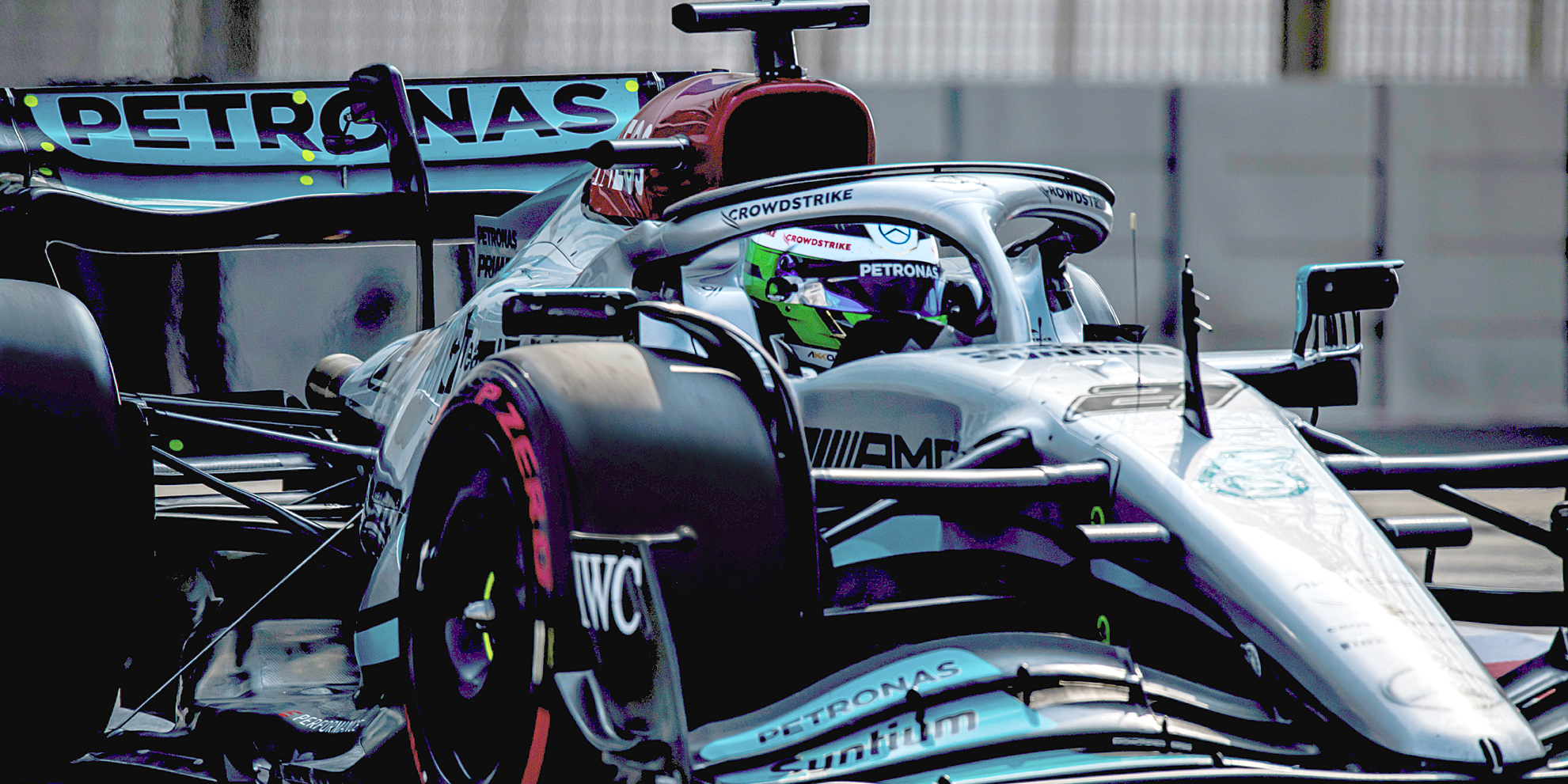