ON THE PODIUM - YET A DISAPPOINTED VESTI

Only a few days ago, "The Vesti Camp" announced that the qualification at Dutch Zandvoort would be crucial for the upcoming race weekend. After just having finished another round in the FIA ​​F3 series, it is clear that our statement turned out to be very accurate!

We had a totally catastrophic qualifying. With only 5 minutes left of qualifying and just having gotten back out on the track trying to put in a fast and final attempt during the total 30 minute window - an incident forces everyone to pit. I now know that I have just 1 lap to try and put my fastest time in. After having done well in practice and lapping quick times in the first half of the qualifying session - then suddenly nothing. It's really the only way to put it. We simply do not hit the right set-up and then combined with my lack of experience on the track + a DRS that suddenly quit working. A working DRS would have given me 4/10 sec. -  everything is now ruined for me. I qualify for the main race in P14, but end up being moved up to P13 as one of my competitors is penalized. This experience remains one of the most frustrating in all of my career. I came to Zandvoort to stand at the top of the podium - and only that. My expectations were too high. 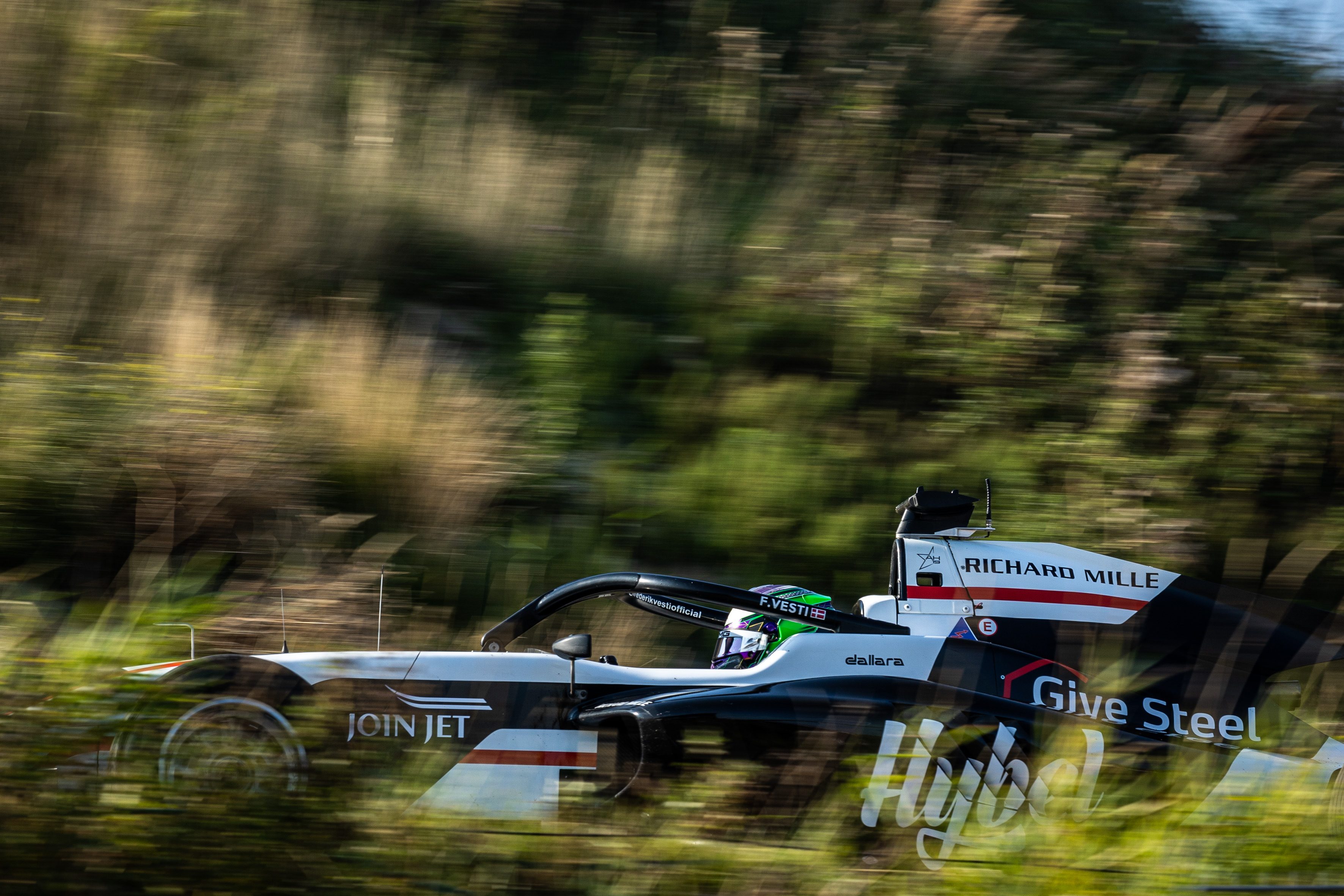 Vesti did make it onto the podium, but in an unsatisfactory 3rd place in race 2. It was a position that was secured after driving from a 13th to 9th place in race 1. With reverse starting order among the first 12 in race 2, Vesti started 4th, which ultimately resulted in a 3rd place.

During other circumstances a good position but I knew I had more in me. My car was also quite strong in the race. In a failed attempt trying to overtake a competitor, Victor Martins right behind me sees an opportunity and successfully takes advantage of it and overtakes me. I lose my chance of winning the race. Had I kept him behind me, I am sure I would have taken the victory. I blew it and wasted a big chance. Taking 3rd place felt very lame, actually the worst feeling I have had so far on a podium.

Crossing the finishing line in the feature race on Sunday, Vesti ended up in 8th place . However this time around no wasted chances. Vesti gained a solid 5 positions starting P13 and in a race with almost no overtakings.

In a very literal sense I took my share of beating over the weekend. I have struggled with a car where we didn't quite find a perfect setup and I lost everything in qualifying. But at the same time I have managed to drive well on a very challenging track with few overtaking opportunities, and which I have no experience with. I managed to push myself and the car to the extreme and in races where many competitors got into big trouble. With the challenges my team and I have had a crucial goal has been consistency. I feel we have taken a step forward in that regard. Despite my general frustration and disappointment, my weekend has also been a crazy experience and in the most positive sense. 70,000 passionate Dutch fans with huge enthusiasm for racing (and Max Verstappen!!) filled up the grandstands and everything else and providing us drivers with an out of this world boost. There was a vibe and atmosphere I have never experienced before at any other race. It was absolutely fantastic!!

Vesti is now in a shared 4th place with Frenchman Victor Martins. The last round of the year, 24-26 September in Russian Sochi will be a battle between 4 drivers trying to take the overall 3rd place in the championship, a position that seems the most realistic for Vesti.