ART Grand Prix and Frederik Vesti will continue their collaboration in 2022 by taking it to the next level, in the FIA ​​Formula 2 championship. The past season has been fruitful for the young Dane with five podiums to his name and constant progress in a new working environment which allowed the team to realize the seriousness and the commitment of Frederik.

After a successful career in karting where he won the Danish championship in 2013 and 2014, then the Cadet Junior championship and the KFJ category as well as the WSK cup world final in 2015, Frederik made the transition to the single-seater with the same determination.

Frederik took the title in the FIA F3 Regional Championship in 2019 with impressive 13 wins. In his first year in FIA F3 he ended up being the driver with most wins in feature races.

Turning just 20 Frederik seems a complete driver who has been able to adapt to many teams during his young career. His talent allowed him to join the Mercedes-AMG Petronas F1 Team Junior Program in 2021. Last December, he completed three days of testing in Formula 2, covering 1300 km which allowed him to do groundwork. essential for his first year in the category.

To sign my FIA Formula 2 contract with ART Grand Prix is a big thing for me. We worked incredibly hard in F3 last season and to continue the progress into Formula 2 together is important for my next step. Now it is crucial to understand all the small details of Formula 2 to achieve the maximum in 2022. Testing in Abu Dhabi went really well, and I learned a lot of new things. I can’t wait to be in the car for the first test in Bahrain! I want to thank ART Grand Prix for this great opportunity and for believing in me.

The first year of the partnership was fruitful for both sides with several podiums and a win that saw Fred end the year in 4th place with a total of 17 top 10s in 20 races. Some details kept him from fighting for the title, but we know he has what it takes to do so. After two years of F3, the logical continuation of our collaboration goes through F2. The offseason testing has met our expectations and in 2022 we will aim to fight at the forefront. 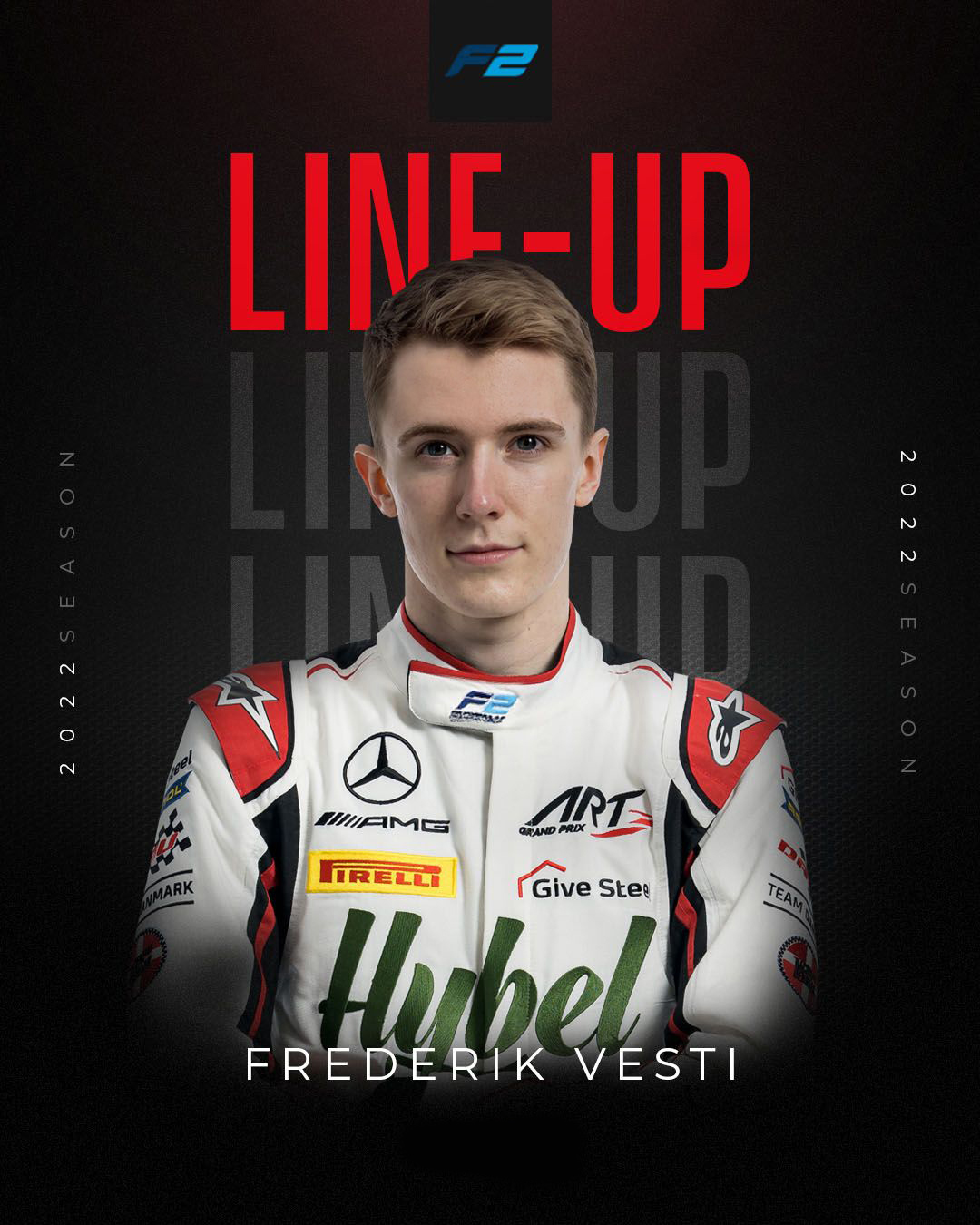