It started out so well but ended badly. In the second round of the F3 championship at Paul Ricard, Vesti pushed hard from the very beginning. As the only driver under 1m 51s. and ahead of the leader in the championship Norwegian Dennis Hauger, Vesti secured pole position for the weekend's main race. 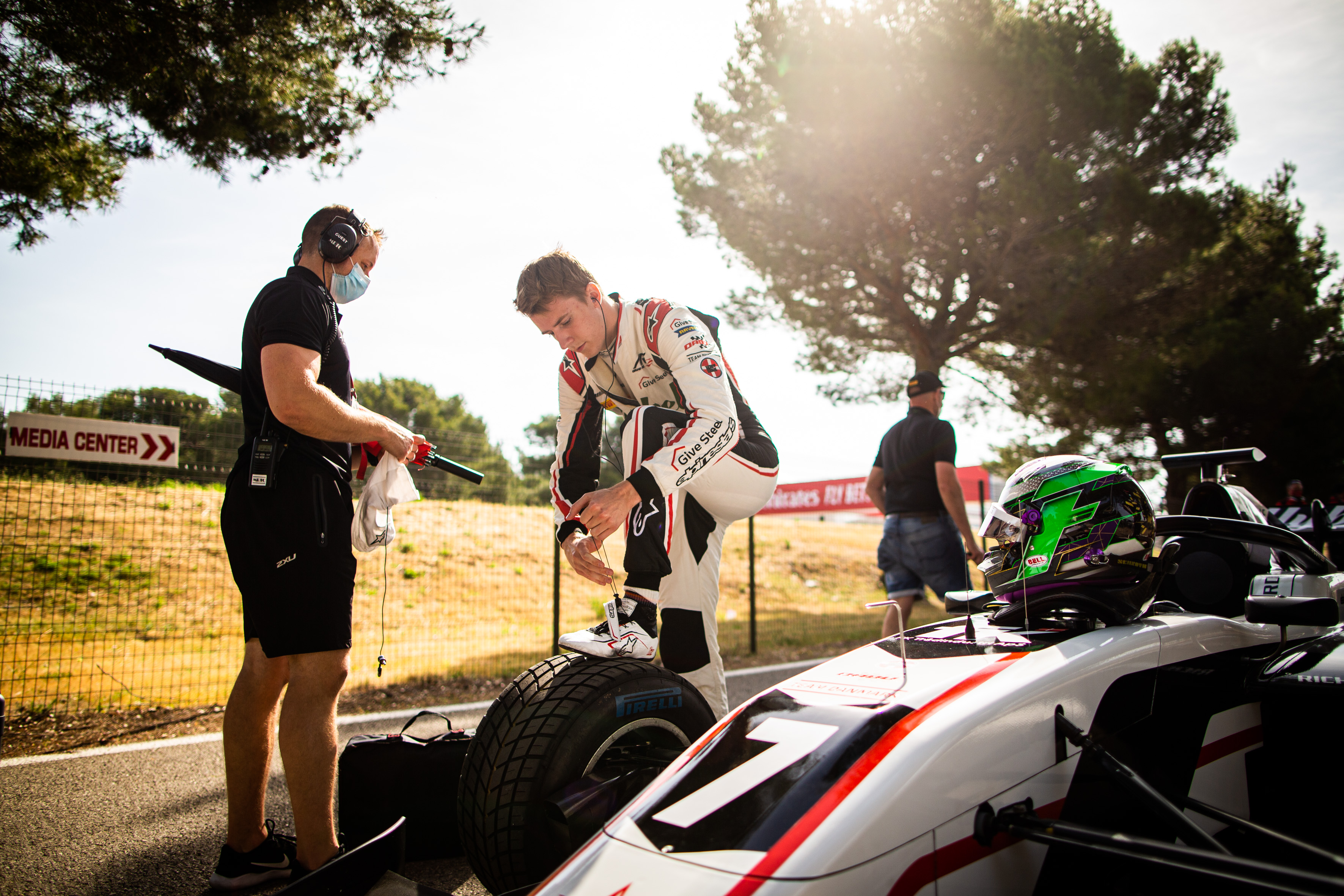 My fast lap was not perfect. I missed some time in the 3rd sector as I was too close to a car in front of me. In return, I put the whole lap together that no one else was able to match. Instinctively I just knew that I had made pole position", said a super happy Vesti after qualifying

Due to a reversed grid among the first 12 in qualifying, Vesti had to start P12 in the first race. The race offered lots of good racing and close duels with Dennis Hauger especially. But after reaching  P9, Vesti starts dropping back in the field. In just a few laps, he loses a full 7 positions. It looked strange as the top speed was there.

When the technicians got to take a closer look at the engine after the race, they were surprised that I had even completed the race. I was forced to shift down into a lower gear in the slow turns. It was incredibly frustrating, but still I was totally relieved afterwards that we succeeded in identifying the problem so I could get ready for race 2. Before the engine issue I was looking to start among the front runners in race 2 due to another reversed grid but instead and much to my dismay I now had to start P15

A super good start with several overtakings on the first lap, looked promising for race 2. Several drivers in race 1 had shown that it was possible to gain many positions with the right car and setup. Arthur Leclerc, who drives for Vesti's old team, Prema, took a full 18 positions in the first race starting from the rear. It did not go so well for Vesti, who had to settle with reaching P10, after losing some time in a duel especially with teammate Juan Correa. A number of cars in front had successfully broken away from the rest of the field and now also had the benefit of using their DRS. Without the opportunity to "hang on to the train up front", there were no more chances for Vesti.

The main race on Sunday was a mixed pleasure. Unexpected rain changed the team's set-up decision just before the start. A situation like that is always a bit of a gamble. Betting on a full wet set-up unfortunately turned out to be the wrong decision this time. The track dried up faster than expected. Very disappointing for Vesti to start on pole and had to settle for finishing in P6.

If the rain had continued, it would have been a real possibility for me to win the race. My car was set up for wet conditions until the last 5 laps. It took us by surprise that the rain stopped after a few laps, so from feeling very confident in myself and the car's potential, I was already doubting on lap 7 if I would even be able to secure a top 10 position! My tire pressure was too high for a dry track and I lost all my grip on the rear tires due to over steering. After this huge disappointment, I must hold on to the positive. I had a car quick enough to set pole position. We have worked very well together as a team to succeed and prepare as best we could. In addition, this weekend was loaded with potential despite our failings to profit from it! Facing some tough challenges this weekend has made me dig even deeper. Boundaries are moved when things are not going your way", concludes Vesti.