”Electrifyingly quick”. “Superb race from Vesti”. It can hardly be expressed much stronger when the superlatives are on the table after a feature race at the Hungarian Hungaroring, which several experts describe as perhaps Vesti's best race ever! The F2 series' official website and the legendary Peter Windsor, award-winning writer and long-time editor of F1 Racing magazine and world champion with Williams F1 as team manager, are unreserved in their praise for Vesti's speed and superiority.

It is great for me to see such statements. I'm never satisfied without a podium myself, but as the weekend progressed, the results have been ok.

A modest comment by Vesti, considering you are one of the drivers who just got the most TV coverage worldwide in an F2 race even without a podium finish.

Vesti's qualifying did not turn out to be the start of the weekend he dreamed of. However, it actually looked quite convincing from the very beginning, as he already on the first of the two sets of new tires pulled a phantom time out of his sleeve. A time that set the field checkmate. That time lasted up until the final attempt with new tires, which did not go according to plan, when Vesti ran into traffic on his warm-up lap, and thus did not get the full heat in his tires.

If a bad qualifying for me equals a starting position as 7th quickest in this field, then my bottom level has been raised considerably, smiles Vesti.

In Saturday's sprint race, Vesti started P4 and finished P5. A gamble cost Vesti an exit. Without it, it would have been an obvious podium place, now instead it was a lost point compared to where he started.

I can live with that, even though we are now in the last part of the season, where the battle is close for the overall position in the championship. But I've always taken it one race at a time, and I intend to keep doing that. For me, it's about doing my best every time I get in the car. My focus is right here and now. I never think about points when I'm in the middle of a weekend. They come automatically when I do well.

Vesti's feature race on Sunday put a thick line under exactly this way of thinking.

I was on a mission. I wanted to go out and create that race for myself - create and take the chance. The weather was tricky, the track both dry and wet to start with and the strategy different from team to team. Here I am particularly thinking about the choice of tires. We went all-in on a reverse strategy to that of the leaders, which the team hit spot on. Huge kudos to ART! I love being part of discussing a strategy and trying to execute it to the letter. My team and I chose to bet on the harder medium tire. My competitors in front of me were on the faster soft tire. I made it all the way to my 26th lap before pitting and switching to the soft tire. That really paid off in the end.

A 5-second penalty on the first lap ended up preventing Vesti's podium - and a victory that was clearly within reach. Vesti slightly made contact with experienced Jüri Vips without any damage to himself nor Vips. A tiny collision which in Saturday's race in similar situations had not triggered a penalty.

Of course, that punishment annoys me. I didn't understand it. On the other hand, it perhaps unknowingly set me up an activated my deepest racing instincts. I got involved with overtaking several of the very strong drivers, including the leader in the championship, Felipe Drugovich. I ended up driving a race where I put Red Bull's two junior drivers - Liam Lawson and Jüri Vips - behind me by more than 8 seconds. Yes, I was flying and even with the 5 second penalty, I was only 8/10 of a second off P3. Instead I ended up P4. Did I wish for another lap? Yes absolutely!

It's not quite the summer holidays for Vesti yet, who already on Wednesday is seated and ready in the Mercedes F1 simulator at the Headquarters in Brackley, UK. On the last weekend in August after a much-needed summer break the field resumes racing at Spa in Belgium. 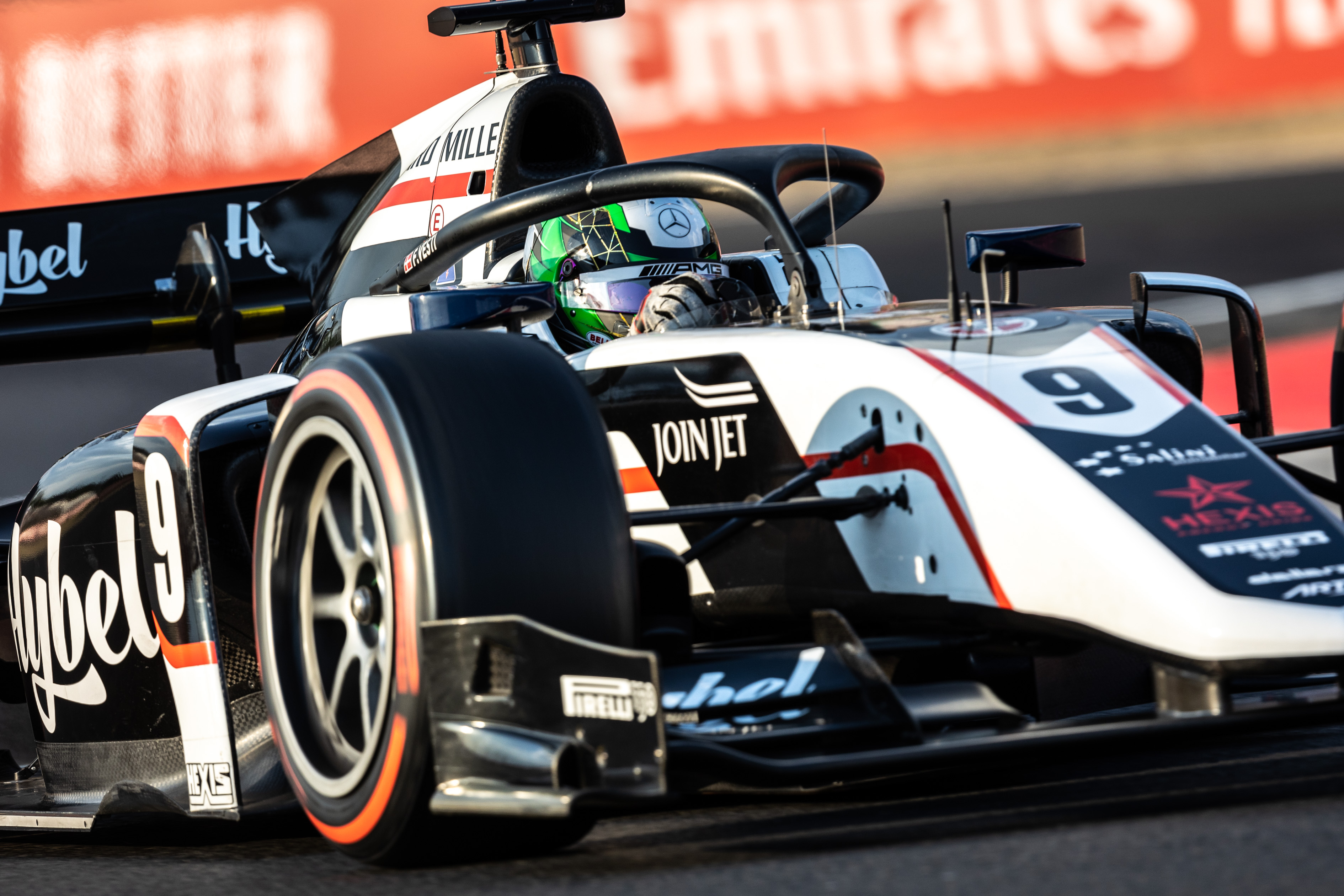 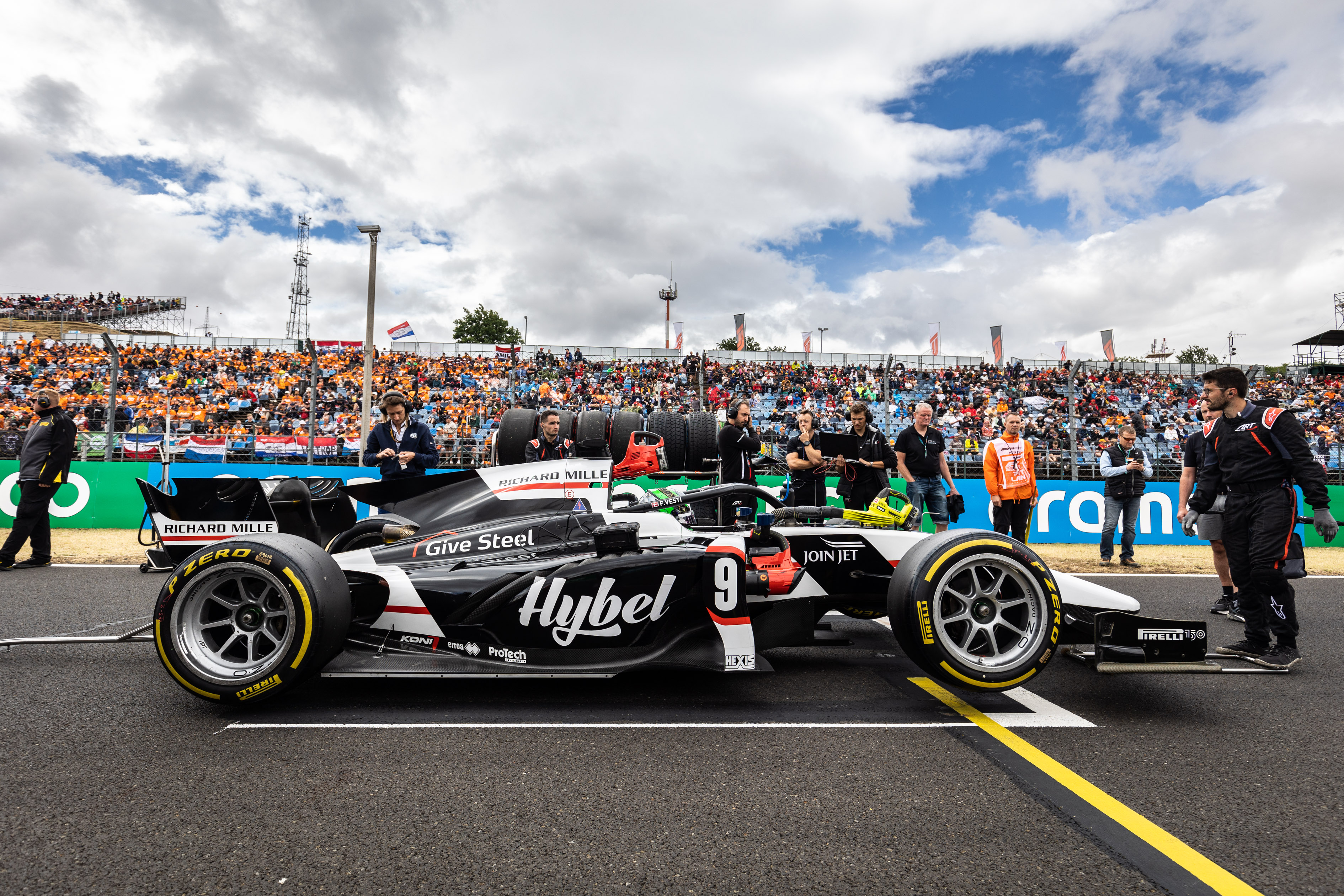 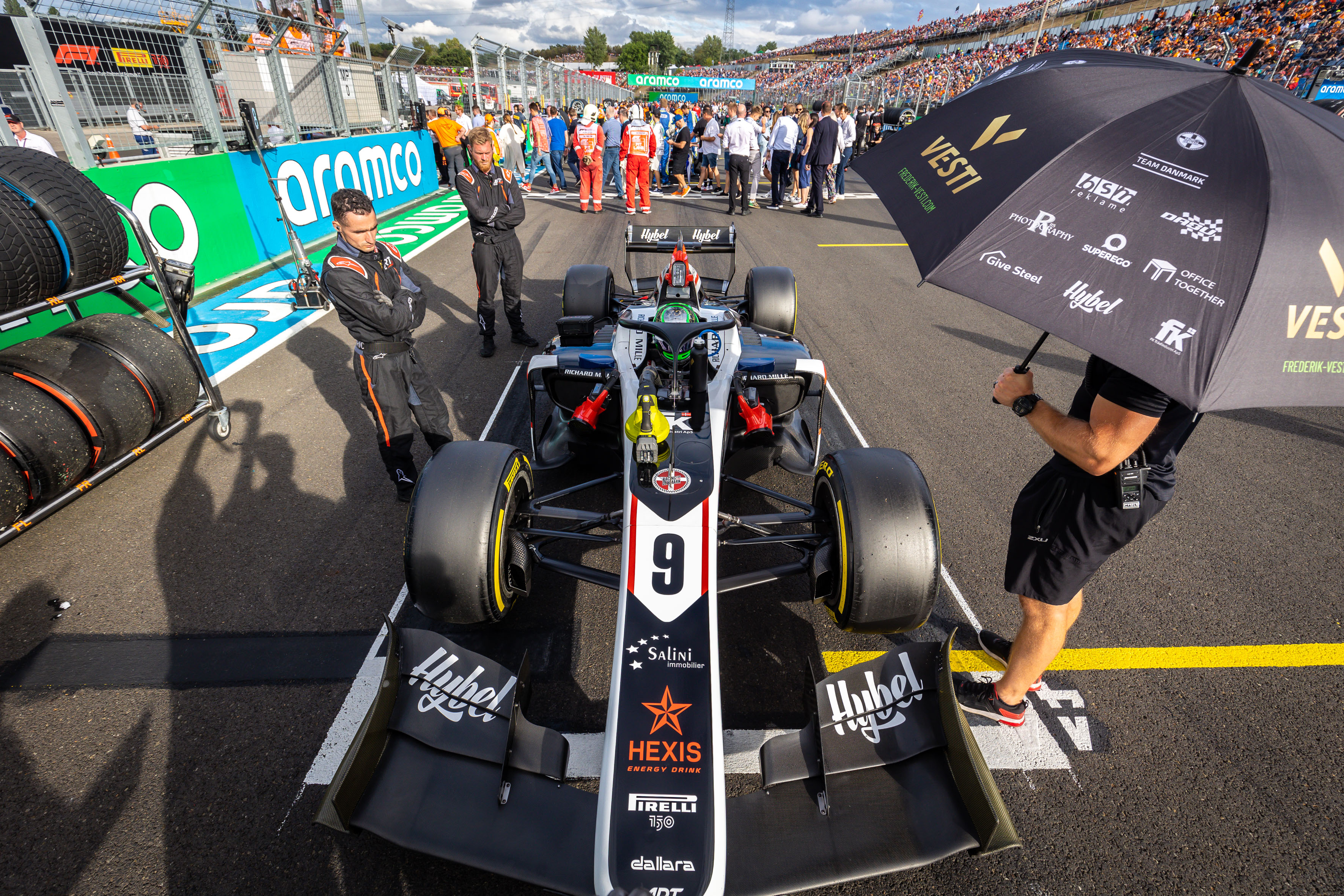