17 points and a 5th place in the overall standings. That was the result for Vesti after the weekend's two races in F3 at the Austrian Red Bull Ring. Vesti himself had anticipated a better result, but feels he got the most out of what he had to work with in terms of performance of the car and himself.

My qualifying was good. A starting position as P6 was ok, but did not show the whole picture. I was fastest in the vast majority of turns, but I lacked some power on the long straight, and then threw away my superiority in the turns. Slip streaming on the long straight can mean a lot on a track like the Red Bull Ring. I definitely need to be more aware of that for next weekend's qualifying.

In both race 1 and 2, Vesti got off to a good start. In three places on the track, there is a DRS zone, where you can open the rear wing and thus pick up extra speed if you are within 1 second of the car in front of you. The problem with DRS at the Red Bull Ring, however, is that everyone drives so close to each other that the drivers have their rear wing open at the same time, which means that no one really benefits from it. On the contrary, the "dirty air" from the car in front causes your car to have a lot of understeer, making most attempts at overtaking impossible. 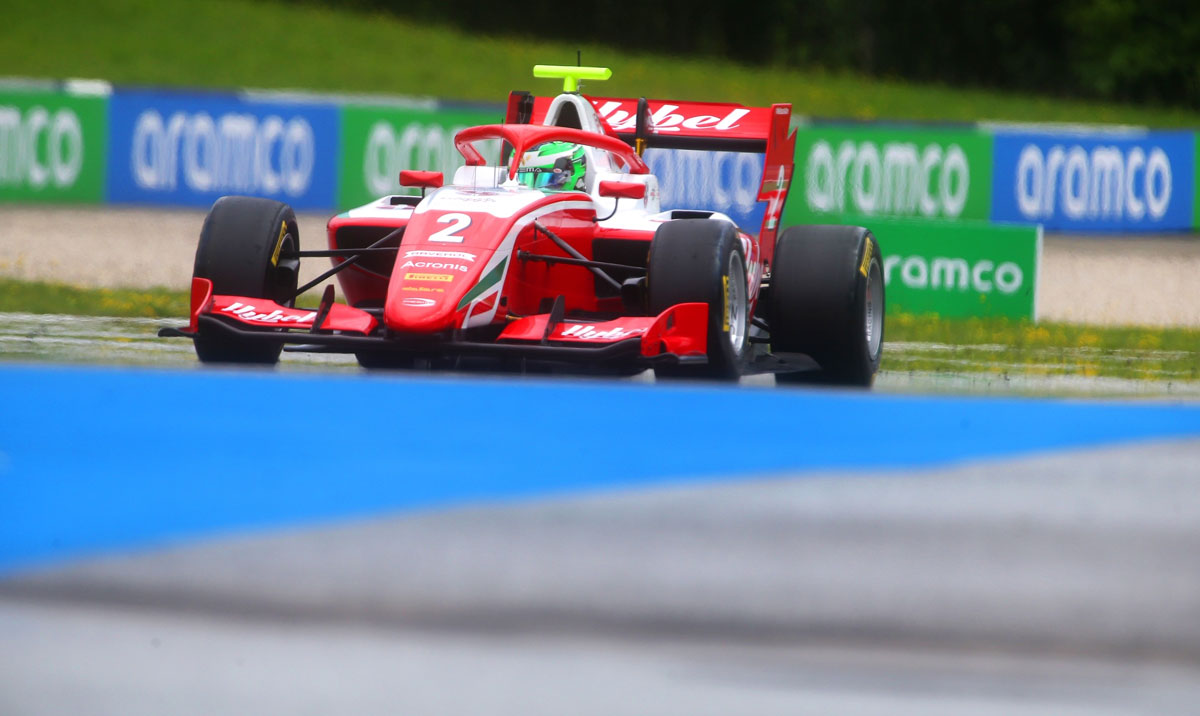 I was the only one on my team who managed to overtake in both race 1 and 2 in the DRS zone. Unfortunately I wasn't able to deliver beyond that. Extremely frustrating to be positioned like pearls on a string but the weekend has given me a lot. I have had a good overview and good driving technique, but most importantly I have created a solid base for the season. I have previously stated that the one who performs best in F3 is the driver who can combine learning and knowledge to improve race after race. It becomes even clearer to me after my first weekend that this is exactly WHAT is going to be crucial for me.

Cars, all the gear and Vesti himself will stay at the Red Bull Ring, where the season's second race weekend will take place again next weekend.