Two P5 for Vesti at Silverstone

Since the major disappointment at the Hungaroring just 14 days ago, where Frederik Vesti was run off the track twice and thus came out of the weekend without points, there has been a new step forward for the young Dane.

It is absolutely necessary to find all of your inner strength and pull yourself together. Quite a blow to feel that I lose it all and then knowing that my next race takes place on a track where I have never raced before. You are a little extra challenged to say the least. Spending several days in Italy at Prema have literally gotten me back on track. I have been looking forward to Silverstone, enormously! A circuit that I trust for many of my competitors is what the Danish circuits are to me, where I have worn so many tires thin.

Prema, however, already during practice witnessed their driver being unable to set just one fast lap. For a driver it is always important during practice to get close to the time to be set in qualifying. It's also a feeling but a feeling that Vesti never even got close to but he got something else. 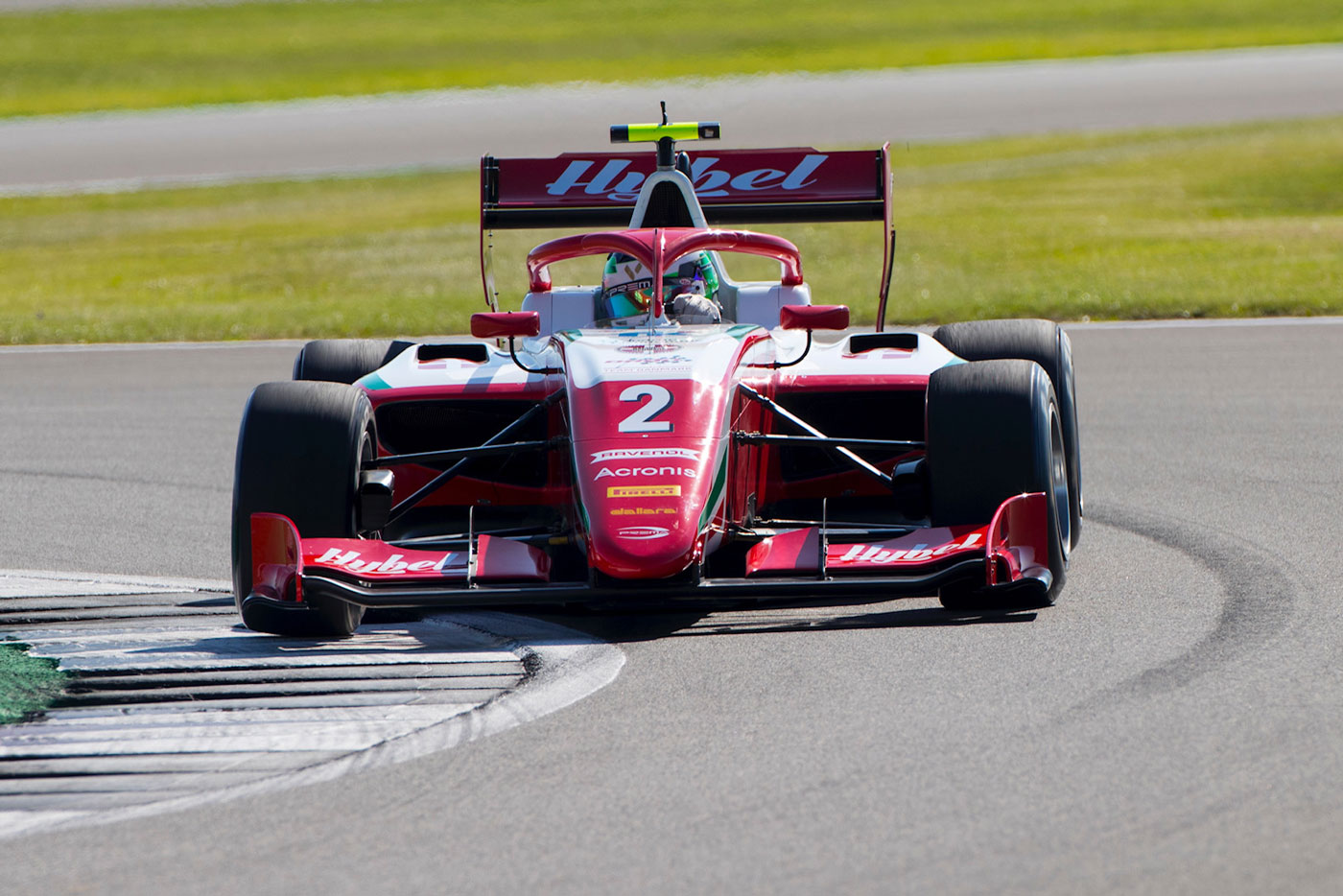 Yes, I sometimes give others than myself a high pulse but I always carry a plan with me. I found my limit. That's what it's all about. Timewise it didn't register, but it was solely due to my tires being burned off quickly. While I had to familiarize myself with the track in a very short time, it was also something of an experience with the practice session. Everything was on the limit for me and all of my senses constantly being bombarded with new input.

Still, it was a pretty confident Vesti who went into qualifying with the goal of pole position.

I just knew after analyzing all my data from practice that if we succeeded with the right setup, then another pole was within reach for me. In the first run, where we set the first fast time in qualifying, I made a single mistake, but was fastest in sector two and with a really good sector 3 I was ready to go for pole. Unfortunately I got out too late in the second run due to some misunderstandings. I get into traffic which creates a stressful warm-up and I do not set a fast lap time at all. Time runs out and the last lap is not registered. I had to settle with my initial time in the first run, which got me as far as P5.

During both weekends, Vesti finishes P5. A position you could care less about as a driver, but in the light of the critical circumstances pertaining to the two P5s, things could be far worse. Bringing another 16 points to the championship are more than welcome!

I have learned so much during the last 3 days on the circuit and the learning curve has been steep. Also I have managed to distance myself from the poor result in Hungary. After having been sent off the track twice a driver needs to reset and truly let go of a bad experience and the sense of injustice and frustration. I feel that I set the stage in the first laps in race 1 with the best start, overtaking already in corner 3 and an attempt at the driver of the championship my team mate Oscar Piastri. I did not quite succeed. After that my first race became difficult. My front tires gave up on me completely due to a lot of understeer in the car. They totally burned out. I could just watch my competitors get closer and closer without being able to do a thing about it. 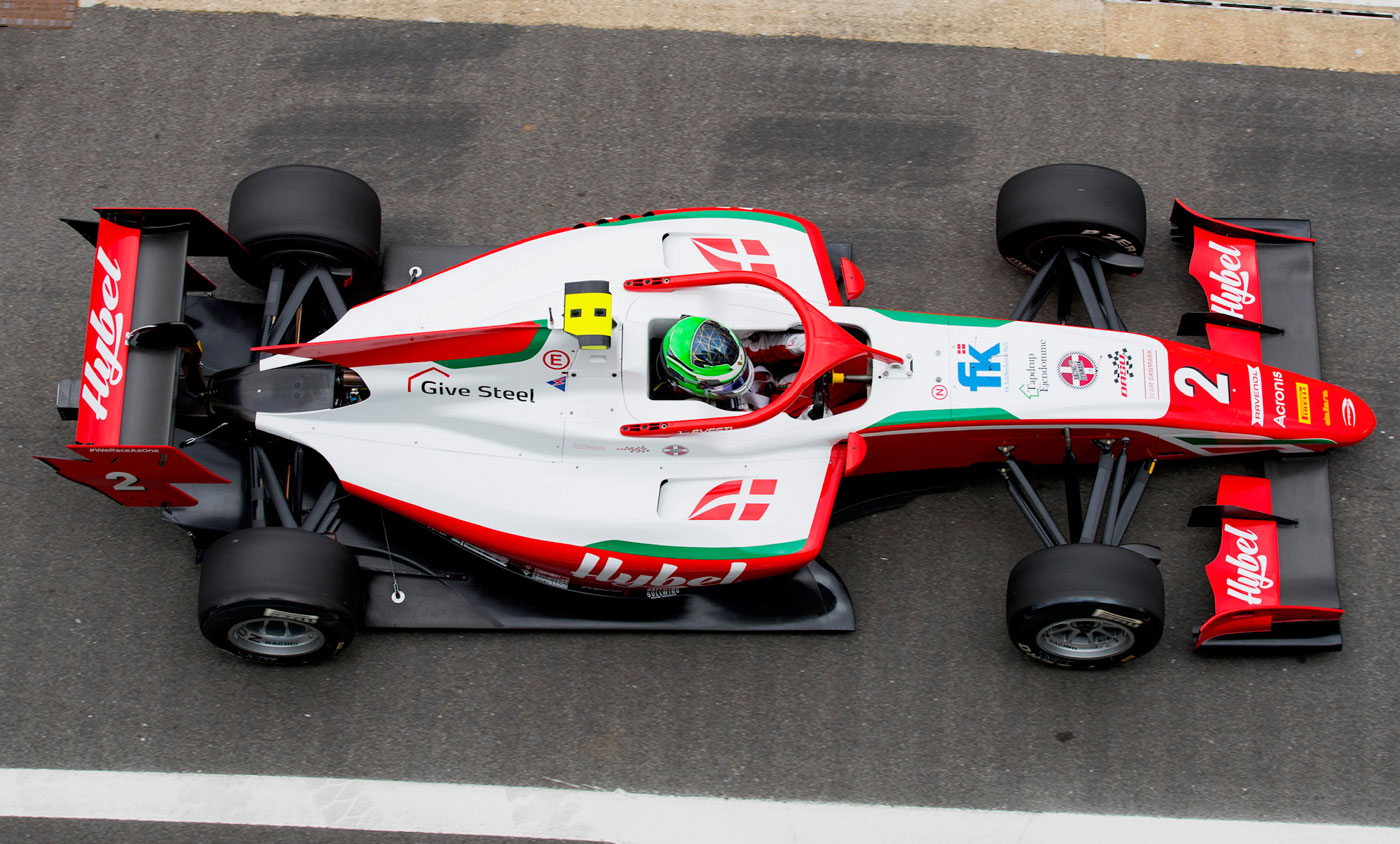 In race 2 we had changed the setup of the car, so my tires were much better on the distance. Me and my old teammate Liam Lawson, junior driver at Red Bull, had a duel I'm unlikely to forget. He came past me but I kept going and came back and kept him behind me for the rest of the race. Moments like these truly make you a better driver and strengthens your faith in making bold moves out there. I'm not happy for the results this weekend but I’m pretty content when it comes to the processes and the development I've been through.

Vesti is now ready for a second an even stronger attempt at Silverstone again next weekend.