VESTI TAKES THE PODIUM IN BARCELONA

"I'm so happy". An immediate reaction from Vesti on top of Friday's qualifying. And maybe that was exactly the feeling that was built upon during Sunday's feature race in F2, where Vesti reached the podium.

In Friday qualifying Vesti finished in 3rd place, which was a huge relief, after having struggled to get it right during the first rounds of the season.

I know what challenges I have had. I have worked with great focus to solve them - especially the way I look through a corner. Hard to understand for non experts, but this weekend I just cracked the code. When we sat the 3rd fastest time, I instinctively knew I got it right. Not quite fast enough for pole, but for me the feeling is a bit the same. Most of all, I know that I am now very close to where I expect myself to be. When you are in full control, everything feels so easy. It affects you in a profound way. I have patiently been waiting to get back where I see myself - namely up front. Last race at Imola felt really good, but now the season gets serious. Together with my team ART, which works extremely hard and again this weekend provided me with a really good car, I see a strong season ahead of me.

In Saturday's sprint race, Vesti started P8 due to the reverse grid among the top 10 from Friday's qualifying. Vesti Scored 2 points and an overall 7th place. For Vesti a race with both won and lost positions, but what turned out to be a rather uneventful race. Most drivers maintained their positions without much opportunity for overtaking.

Sunday, in return, brought out all the adrenaline. From the get-go, Vesti proved himself and was in no mood to be messed around with. He forced himself in front of the very experienced Red Bull driver Jurï Vips and hung on to the driver at pole position - Australian Jack Doohan. From the improved position, now only two things mattered: the confidence in the team's strategy and thus the pit stop at just the right time and the decisive factor: the ability to take care of one's tires with a track temperature of over 40 degrees!

I pitted on lap 11th. A good strategy and a super well-executed pit stop by my team, I was able to maintain my position in the field and now on the harder tires. They held up, but it was pretty close in the end. Thankfully there weren't anymore laps left,

smiles a happy Frederik Vesti, who crossed the finishing line P3, and fully recognized that Felipe Drugovich, who drives his third year in the series, received the biggest trophy - well deserved and for the second time during the weekend.

The field is already back in full force again next weekend, with legendary Monaco on the calendar. 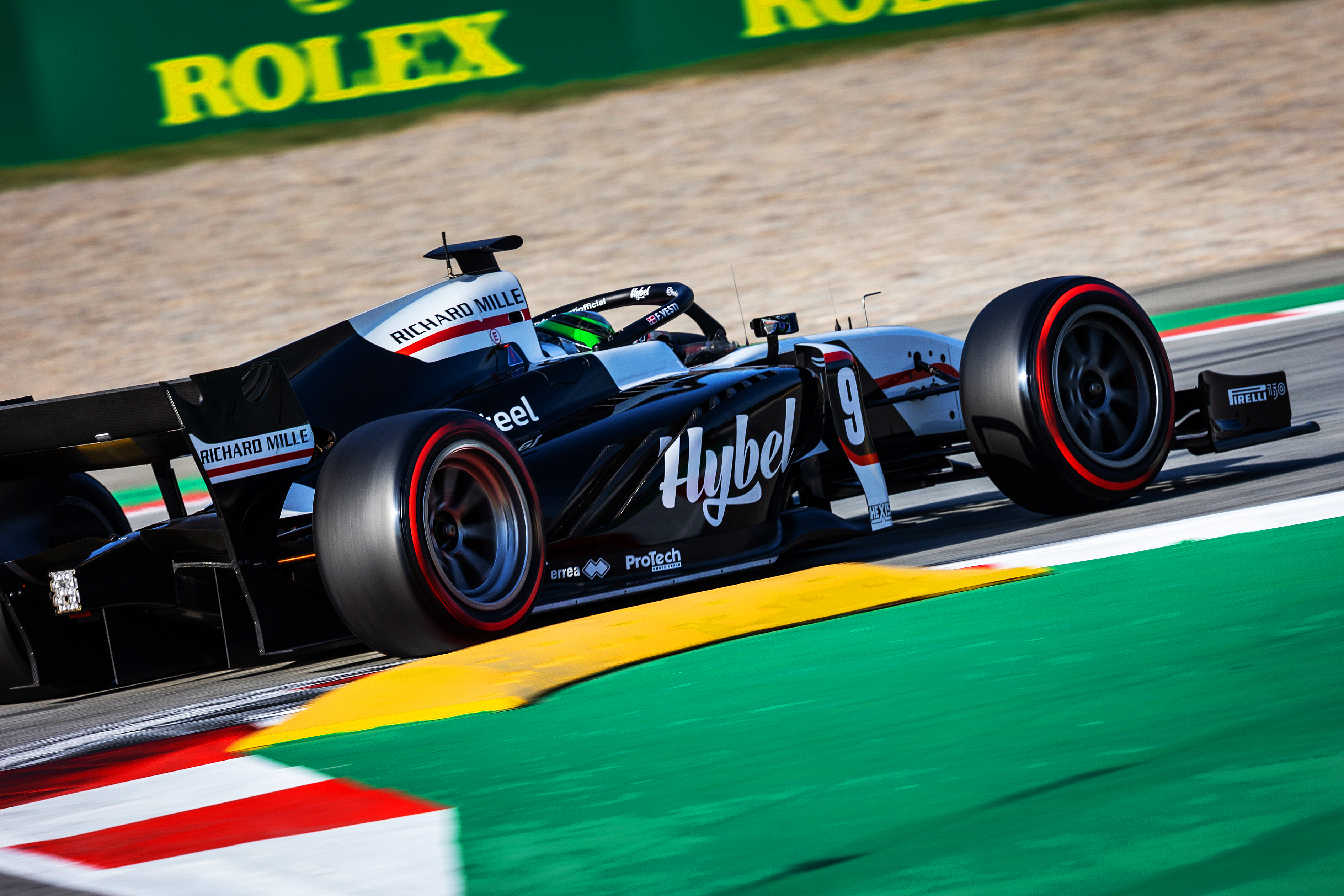