A test for Mercedes AMG F1 now becomes reality for 20-year-old Frederik Vesti when he takes over Lewis Hamilton's race car on Tuesday, November 22nd. To be exact the test takes place immediately following the final F1 and F2 races of the year at the Yas Marina Circuit in Abu Dhabi.

"A childhood dream" is Vesti's first reaction to the message from Mercedes.

Racing is my life. Everything that goes on revolves around racing. Every day I work hard to do all that I possibly can to hopefully one day pave the way for just that one opportunity - that one big chance. With this test, I will get to try something so powerful that it will likely feel a lot easier when I get back into my F2 racer again. Mercedes decision is the kind of push that will have an impact on my continued development in next year's F2 championship. Without development and focus on precisely F2, F1 will remain but a dream forever.

I have never received a greater declaration of confidence than the one Mercedes is now giving me. I have a hard time putting into words how much this means to me. Right now I'm just filled with joy and anticipation for November 22.

Vesti extends a big thank you to his day-to-day boss at Mercedes, Gwen Lagrue, his personal team and the sponsors and his manager who have brought Vesti to where he is today.

My father's enormous support and encouragement, the faithfulness of the sponsors and all the commercial backing that my manager has managed to secure - and her close collaboration with Mercedes - is what has taken me all the way to F2. I'm pinching myself in the arm over the whole thing. Dorte works tirelessly every single day and with such perseverance and fights - only for me. She is always so motivated and it rubs off on everything she touches.

For manager Dorte Riis Madsen, the test in Abu Dhabi turns out to be a 10-year "anniversary".

In 2012 I was in Abu Dhabi - back then with Kevin Magnussen and McLaren. It was a proud moment. This time I find myself in the same place with another driver testing F1 for the first time, but with an even stronger team behind. The fact that Frederik is already being tested by Mercedes is a bit unreal. Unreal because Mercedes is Mercedes. You don't just test young drivers simply because you have the opportunity. Mercedes test champions. In his first year in F2, Frederik did not succeed in winning the championship. That is of course the ultimate goal for 23'. Being allowed to test for Mercedes without having won F2 is to say the least a helping hand and incredible support ahead of the next crucial season.

On November 19-20th, Vesti will be ready in his F2 racer trying to score the final points to reach an overall 3rd place in the championship. 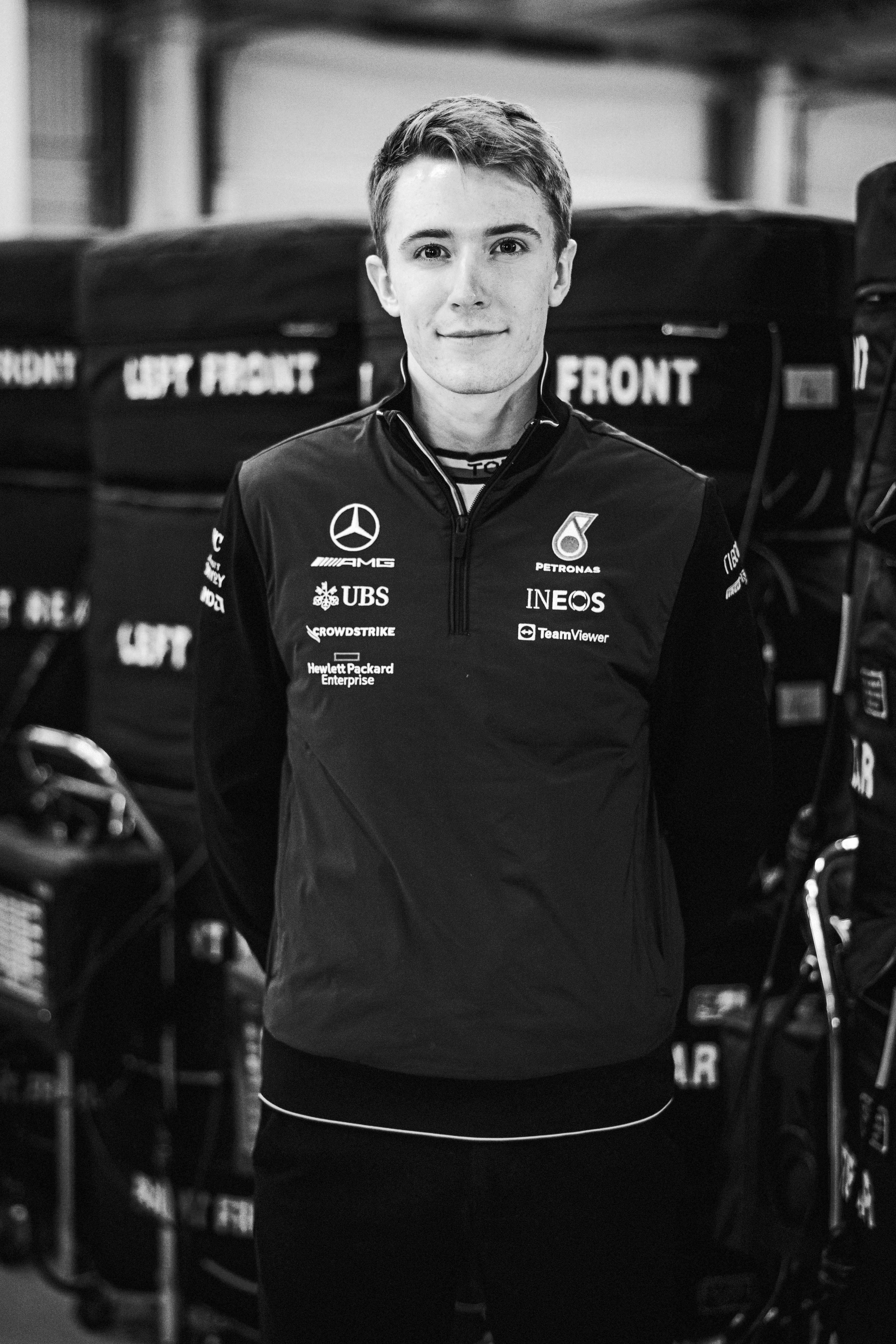